Exclusive: Boston Bomber's Mom Calls Her Son "Best Of The Best'
Posted by John Coffey at 1:44 PM No comments:

"The United States Senate just rewrote the treaty provision of the Constitution," he exclaimed. "This may be over the heads of most commentators … but it's not over my head, and it won't be over yours."

He said under the Constitution, the president has the power to negotiate treaties, and they are approved "provided two-thirds of the senators present concur."

He said such a supermajority (67 votes) was called for by the nation's Founders because they believed that leaving such decisions to a single person or a single body wasn't responsible.

"Alexander Hamilton tells us" that joint possession of such power provides the greater prospect of success, he said.

Under the proposed legislation, Congress can review the president's deal with the radical Islamists and can reject it with a 60-vote margin. But Obama then can veto it, and it would take a 67-vote total to overturn the veto.

"We've turned the treaty provision on its head," Levin said. "Instead of requiring two-thirds of the senators present to approve, this bill explicitly" demands 67 votes to stop the president.

"You need 67 votes to override a presidential veto to undo what Obama's done," he said. "Now we need a supermajority to override '

'Yet what makes the framework nuclear deal so grotesque and dangerous isn't Iran's trail of deception. The real reason to block any nuclear accord with Tehran's rulers isn't that they always lie. It's that they don't.

Even President Obama admits Iran could abide by the terms agreed to and just wait for them to run out in a little more than a decade.

Maybe Iran would cheat on the loophole-ridden deal being promoted by the Obama administration. But it wouldn't have to. Even President Obama admits Iran could abide by the terms agreed to and just wait for them to run out in a little more than a decade. "At that point, the breakout times [to nuclear weapons capability] would have shrunk almost down to zero," the president told NPR. Cheat or don't cheat, the end is the same: The Lausanne deal paves Iran's path to the bomb either way.

And then it will be clear — apocalyptically clear — that the ayatollahs were telling the truth.

They were telling the truth last November, when the Iranian Revolutionary Guards proclaimed "the US is still the great Satan and the number one enemy of the [Islamic] revolution and the Islamic Republic."

They were telling the truth in February, when Ali Shirazi, a senior Iranian cleric and aide to Ayatollah Ali Khamenei, declared that his troops are in a global war that will bring "the banner of Islam over the White House."

They were telling the truth a decade ago when Hassan Abassi, a high-ranking intelligence operative, warned that Iranian agents had identified "29 sensitive sites in the West, with the aim of bombing them."

They were telling the truth when a commander of Iranian forces insisted "America has no other choice but to leave the Middle East region beaten and humiliated." And when Iran's supreme leader raged that "there is only one solution to the Middle East problem, namely the annihilation and destruction of the Jewish state." And when Mahmoud Ahmadinejad asserted that "a world without America is not only desirable, it is achievable."

And when, over and over, they have incited crowds in chants of "Death to America."

Tehran's rulers may have lied for years about their nuclear activities; their negotiated commitments to suspend enrichment and submit to inspections may not be worth the ink they sign them with.

But the mullahs don't lie about what matters to them most: death to America, the extermination of Israel, unrelenting global jihad. They say they are deadly serious.

'The new 150-page book distributed on file sharing sites this week follows other titles in the ISIS series including an e-book on how the jihadists plan to sack Rome.'

'An ISIS e-book on how to accomplish their caliphate goal of sacking Rome stresses enlisting "the Islamic State's secret weapon = secret white converts" to take on Italy.

Much of the book, "Black Flags from Rome," is dedicated to laying out a case for why Muslims in Europe should rise up and assist ISIS from within, citing justifications for discontent from modern-day anti-immigration protests back to post-Ottoman creation of Muslim "ghettos." 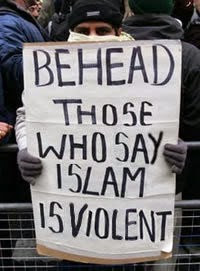 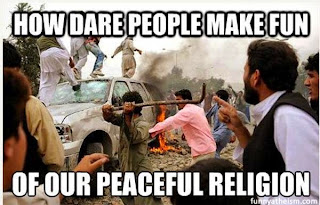 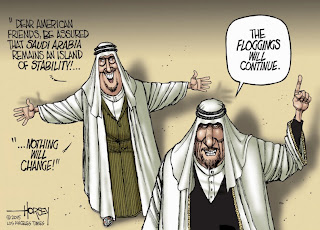 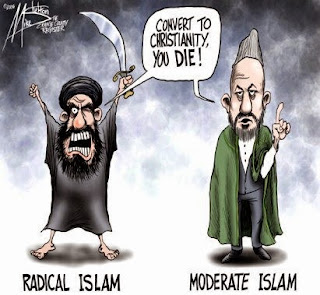